Wild Camping In Scotland and the Ben Nevis Region

With our tents and mats in one holdall and socks filling our pockets we left Gatwick Airport and headed to Inverness for the start of our trip. Once we arrived at the airport we joined these two random women on a taxi ride to the city centre where we stayed in the Highlander Backpackers Hostel. With our beds made we tucked ourselves in for the night.

It honestly wasn’t the best night’s sleep to start an expedition, with bikes falling over at 3 am and random people shouting throughout the night. Nevertheless, in the morning we packed our bags, bought our food and gas and headed on a coach to Fort William.

We arrived in the small village of Kinlochleven where the bus driver drove us to the main path that leads to the Munros, so we could start the climb. 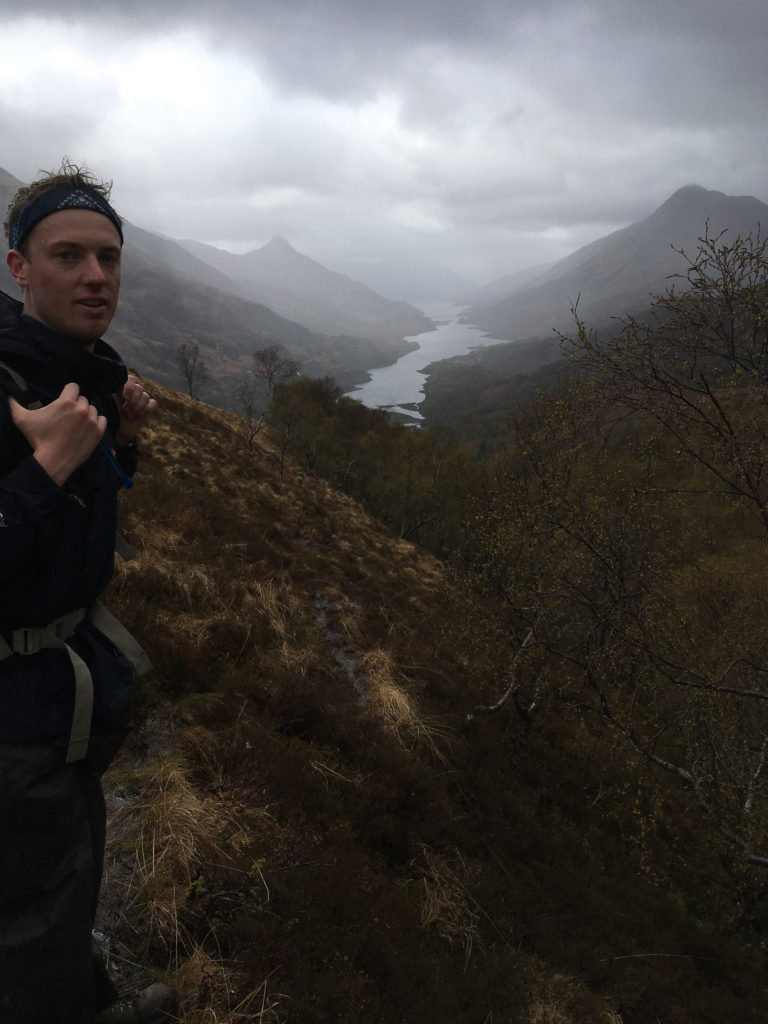 We started the trek up past Meall an Doire Dharaich and Loch Eilde Mor. The rain started creeping in so we put our heads down and hiked to the first wild camping site as quickly as we could. It definitely took us a while to find an area the correct size for our tents that was flat and not too boggy. However, we found the perfect location at the bottom of Squrr Eilde Mor. This was when we first realised we had made a rather large error… 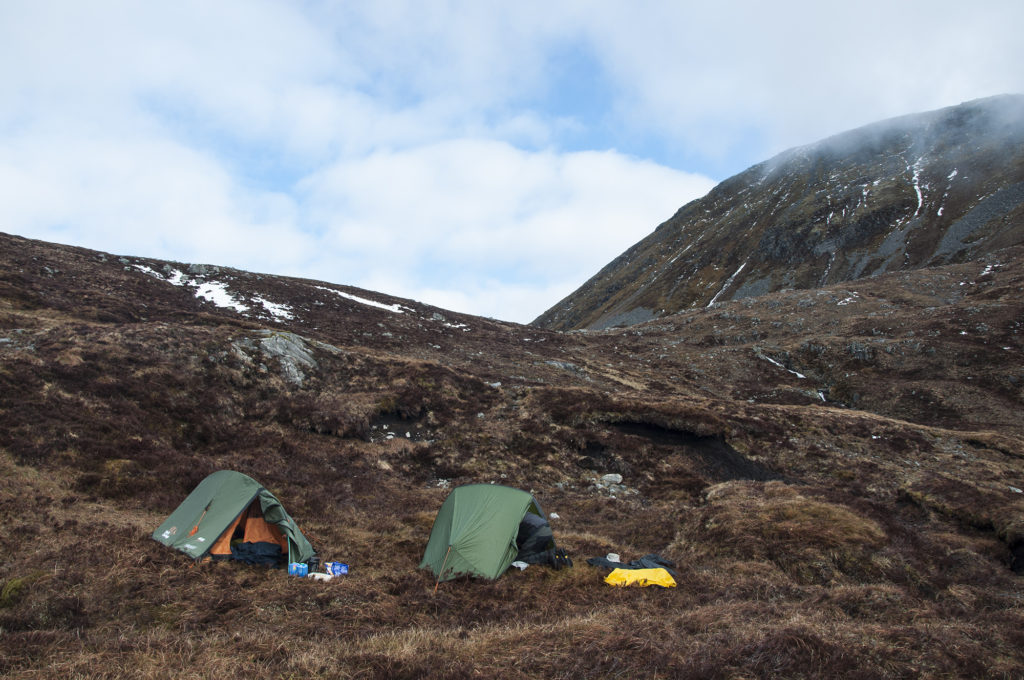 We had brought the wrong gas canister for the Jet Boil Stove. So, we therefore, had to replan our entire route for the upcoming days in order for us to hike back down the mountain to Kinlochleven to buy the right gas. An early night and a loaf of soreen later and we woke up to this view. 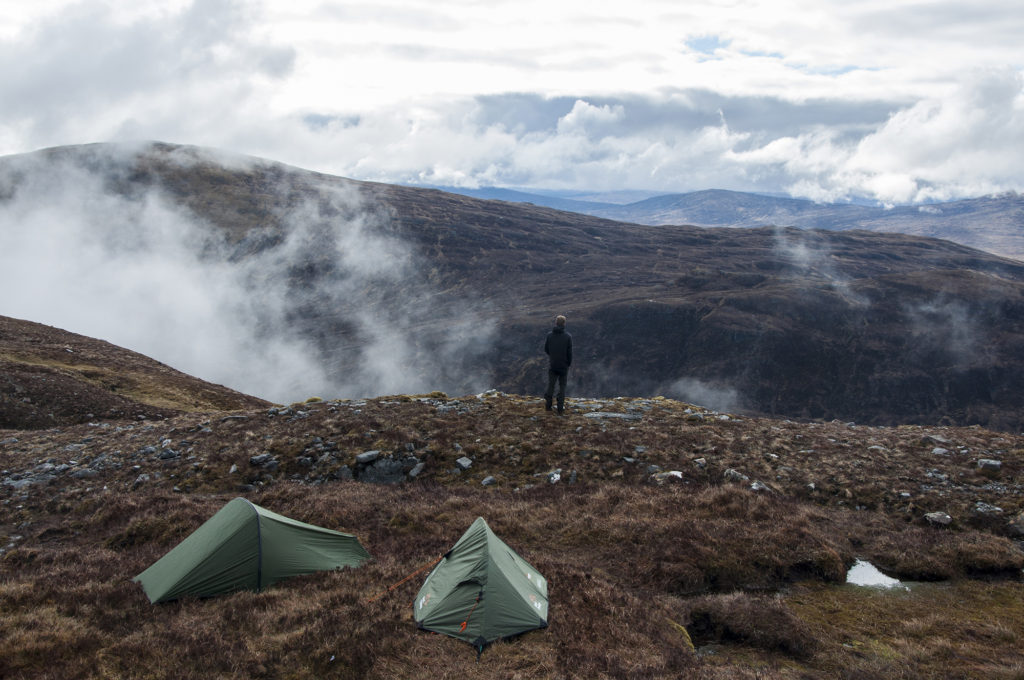 The view wasn’t bad but we knew we had a long day ahead so packed our bags and trekked back down the valley, this time following the Land Rover track which lead us past this viewpoint. 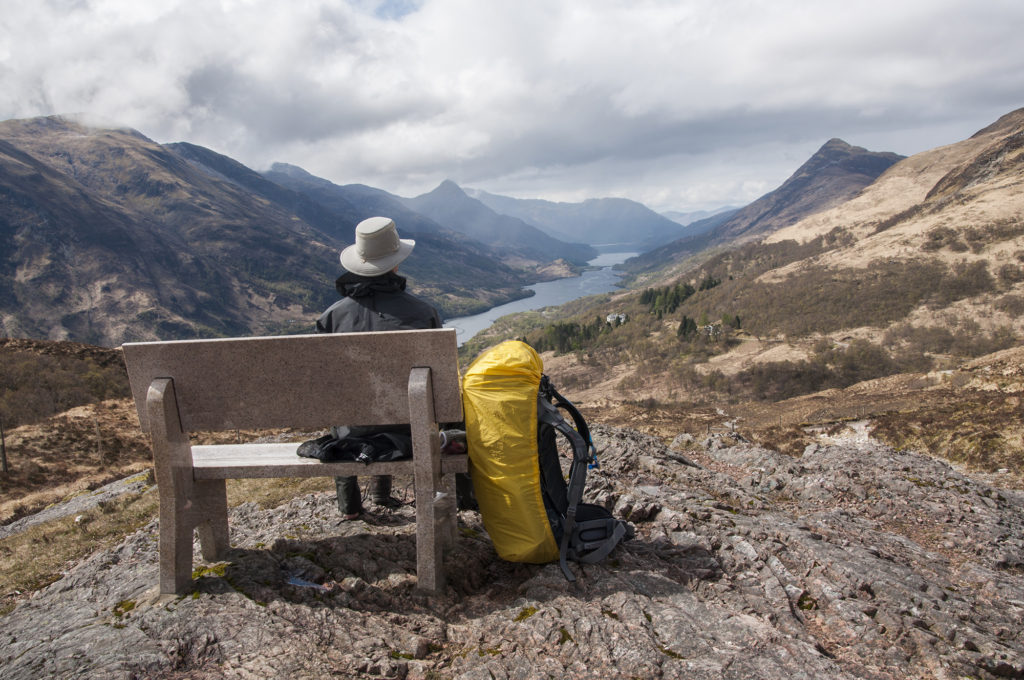 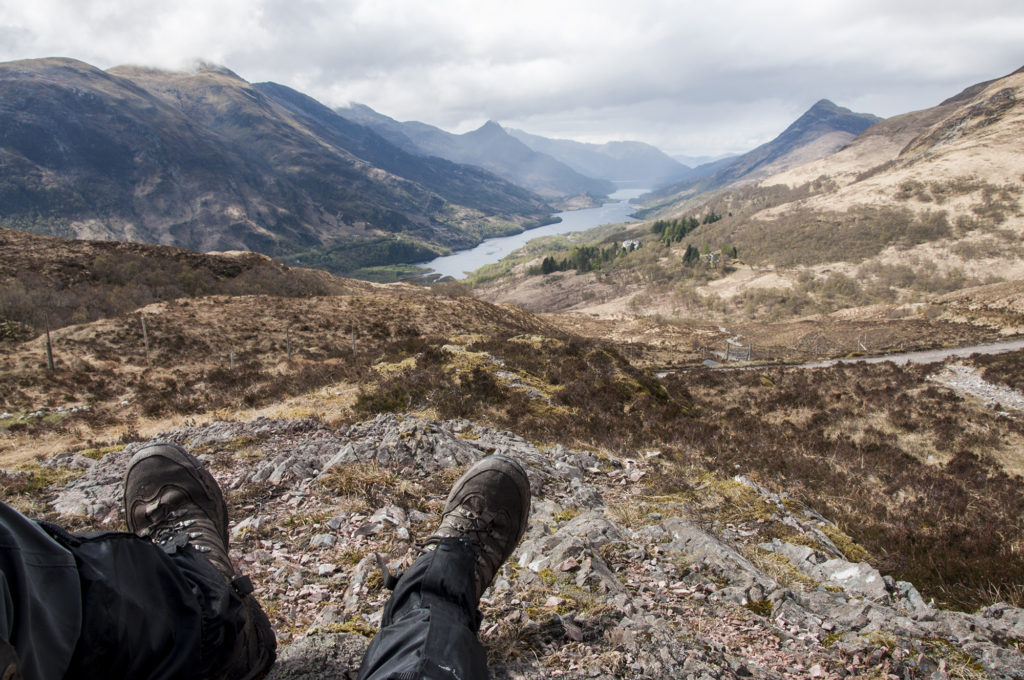 After a bit of research, we found that the National Ice Climbing Centre was situated in Kinlochleven which also had a camping store! By the time we had finished our shopping it was lunch time so we turned on the Jet Boil Stove and made lunch. 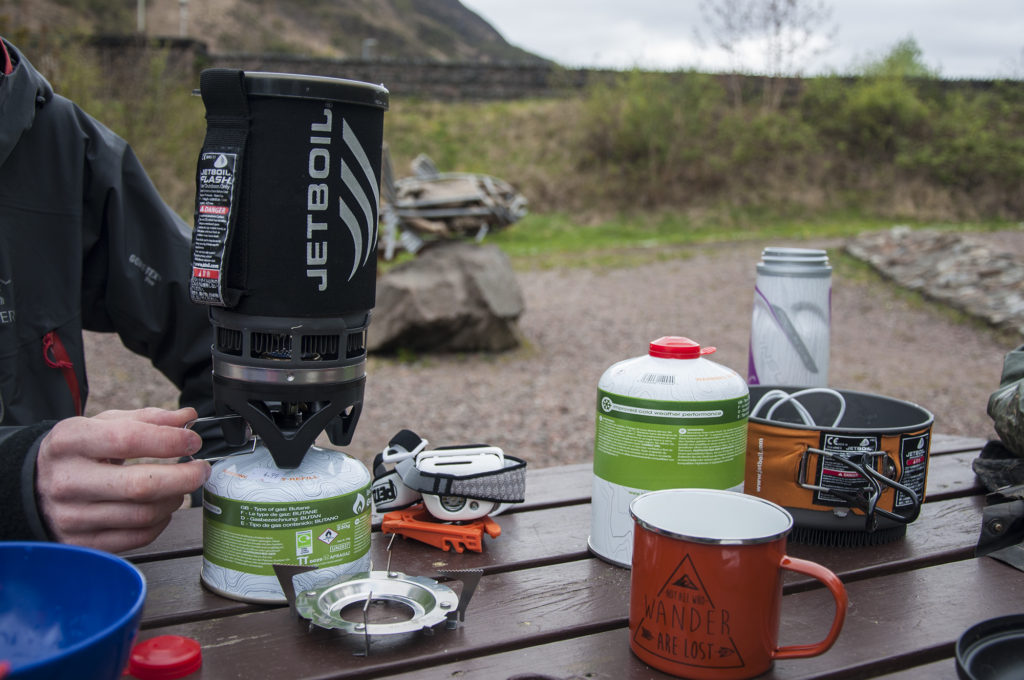 Now with the right gas canister we started our trip again, hiking the same route we hiked down! After passing a few locals, we made it to Loch Eilde Mor where we set up the best wild camping spot of the trip. It was peaceful and quiet, we made dinner and got yet another early night so we were ready to finally hike the munros in the morning. 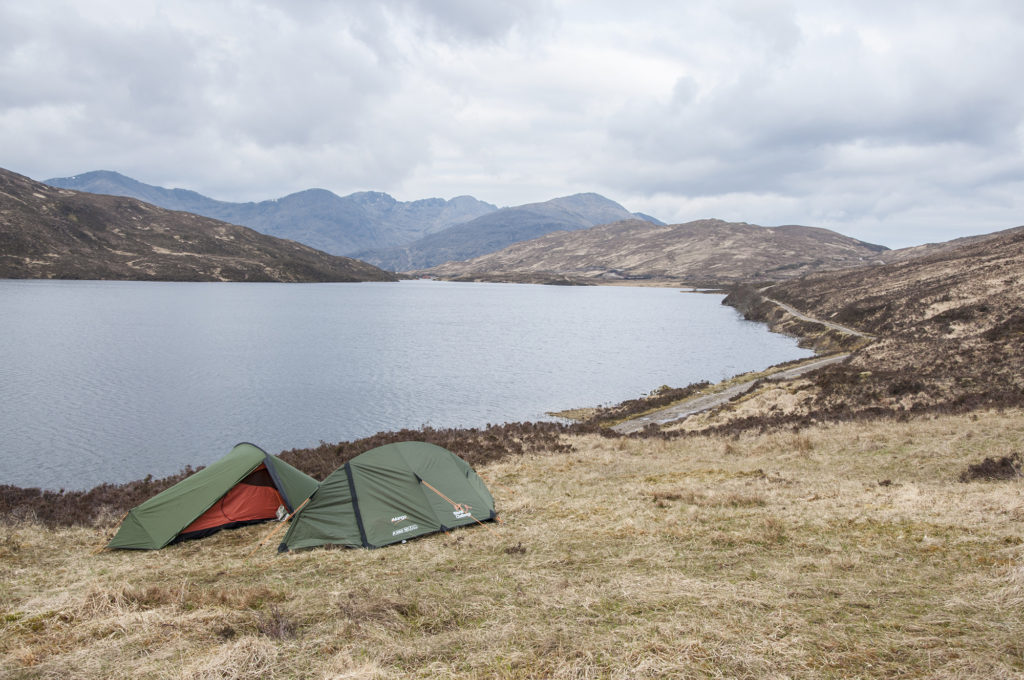 In the morning we filtered the water from the local lake using a Katadyn Pocket Water Filter and started our ascent towards Squrr Eilde Mor (1010). 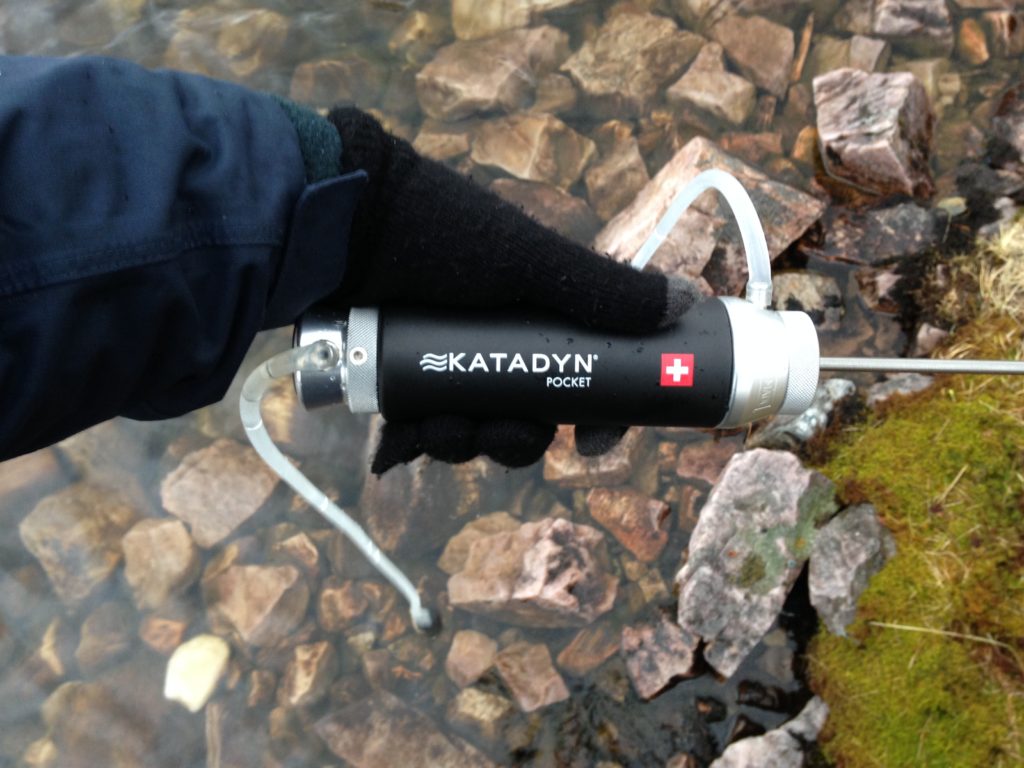 However, near the summit of Squrr Eilde Mor the weather closed in and it started to rain. So once we summited we had to decide our next move, which was to summit Bennein Mor (1130). 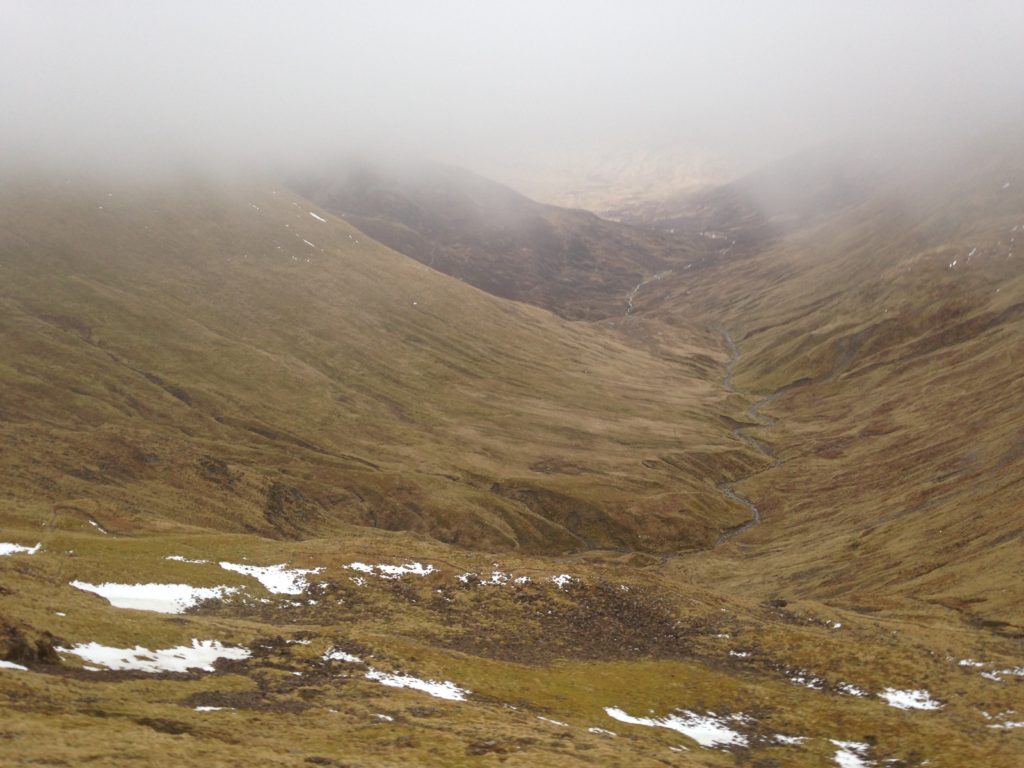 We managed to summit Bennein Mor in thick cloud and then carefully hiked back down the Munro towards are next wild camping site. 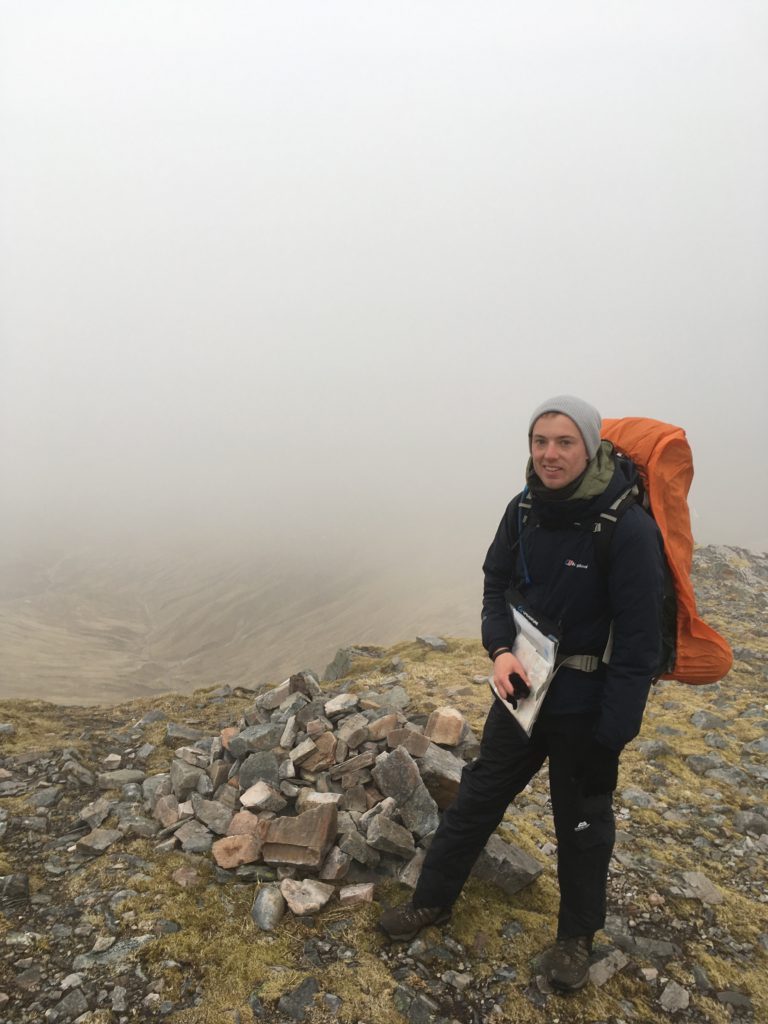 The weather hadn’t improved by the time we arrived at the site…in fact, the wind had picked up quite a bit, it was very late and we were extremely hungry. Turns out the whole of the ridge was thick bog and not very sheltered, nevertheless we had no choice but to set up camp and make pasta. 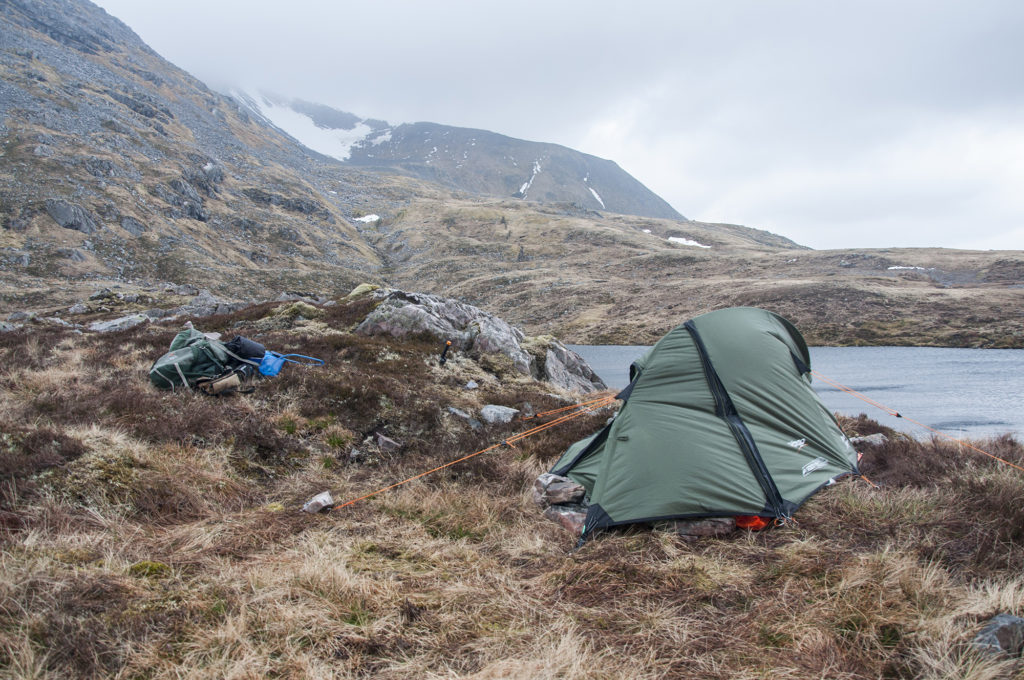 I wish I could say we woke up and made breakfast! We actually never slept because the wind was so loud it even bent the pole to my tent. With great difficulty we packed up the tents, recovered my groundsheet from the lake (which had blown away) and then checked our map to work out our next route.

Our next aim was to walk up Beinnean Beag (943m), it was more of a scramble than a hike as there wasn’t really a defined path. Once we made the quick summit we picked up our bags and started the long journey towards the Ben Nevis Camp Site. 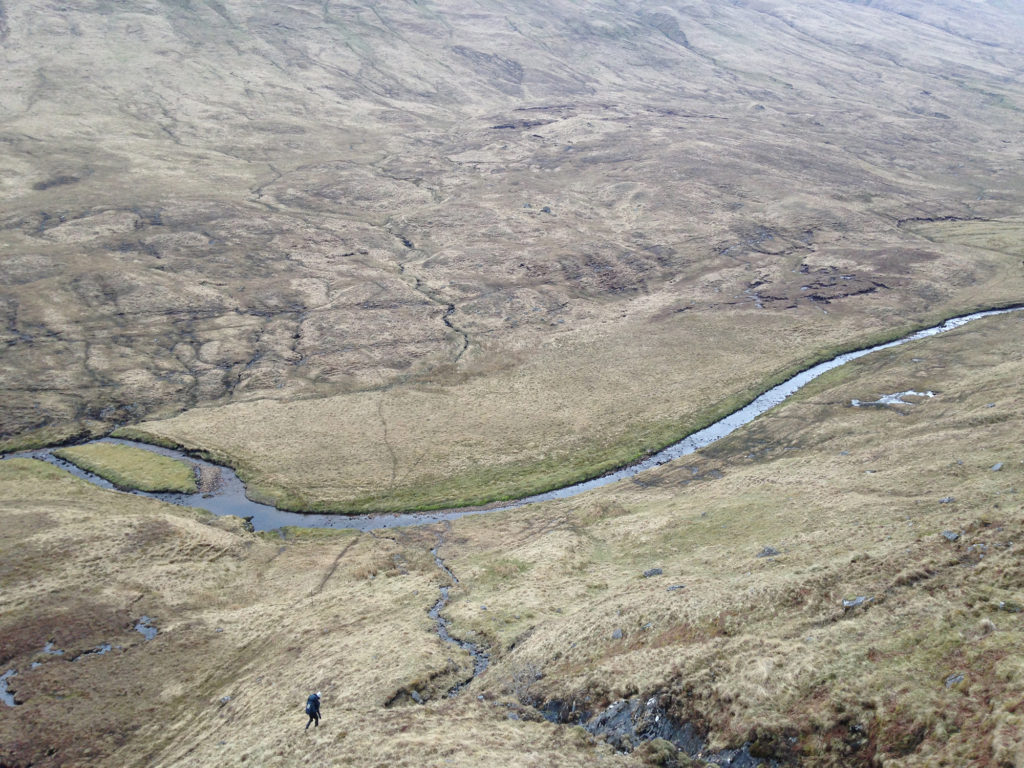 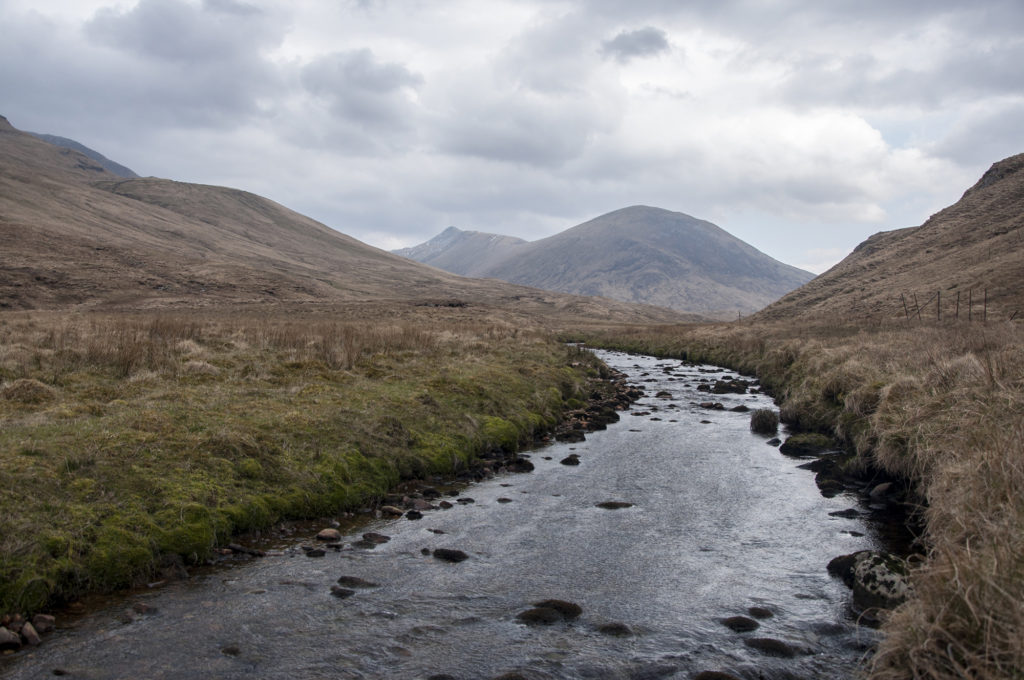 This stretch of the journey was definitely one of the nicest walks of the trip, we past Steal Waterfall, which was used in the 4th Harry Potter film and then spent the whole afternoon making our way to the campsite.

I don’t think we had ever been so happy to see a campsite before. We made good use of the pub, hot showers and again decided on an early night. It was definitely needed!

The next morning was an early one as we wanted to summit Ben Nevis (1345m) that morning and hopefully make it back to the campsite for 11am. We made the Ben Nevis Open Centre before it opened and started the long climb. Even though the centre’s weather forecast claimed the winds would be 60mph+ at the summit… 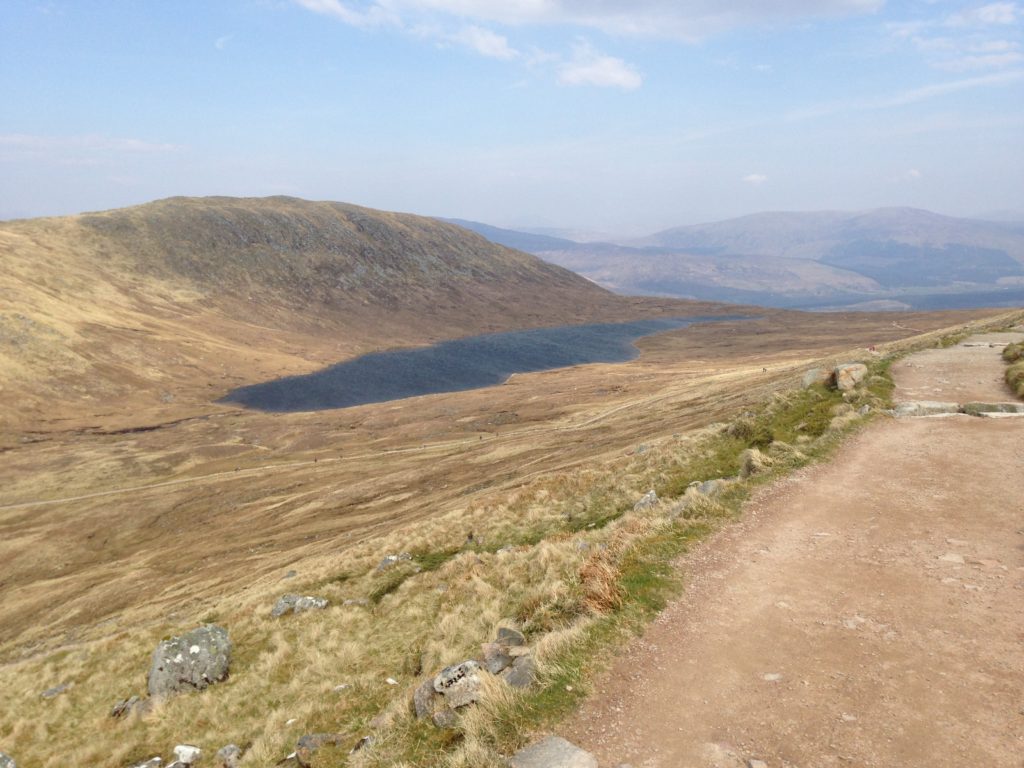 We didn’t realise it but we were the second people to start hiking up Ben Nevis that morning. The beginning was fairly straightforward however as it got gradually steeper the last half hour of the climb was in thick snow. 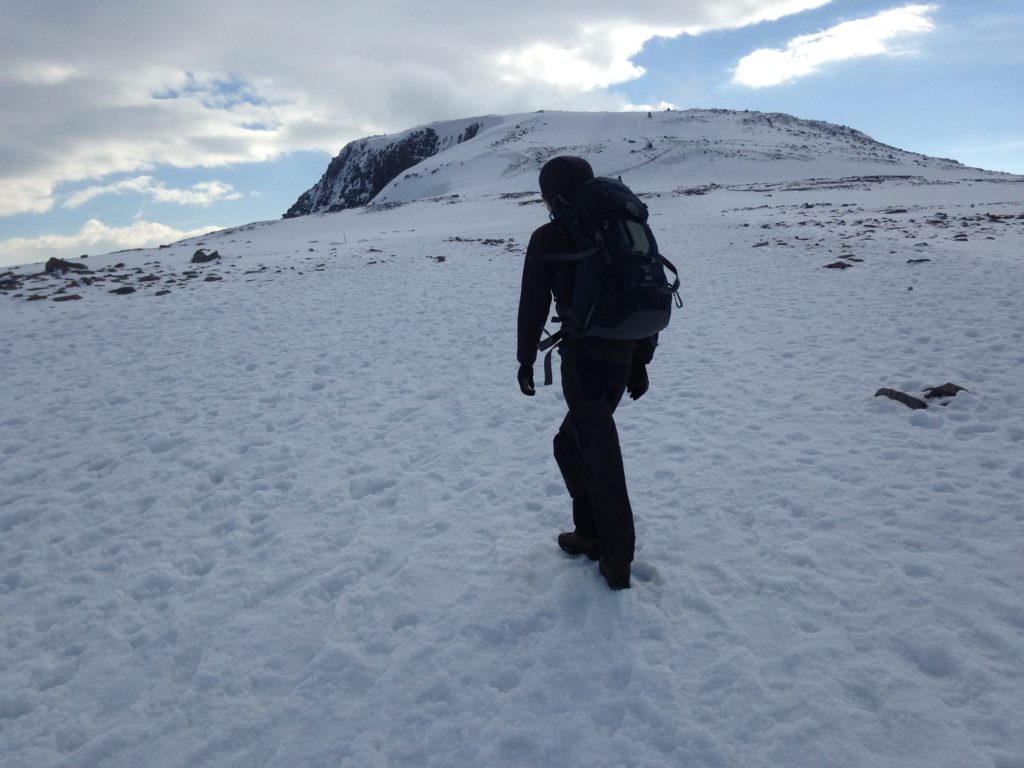 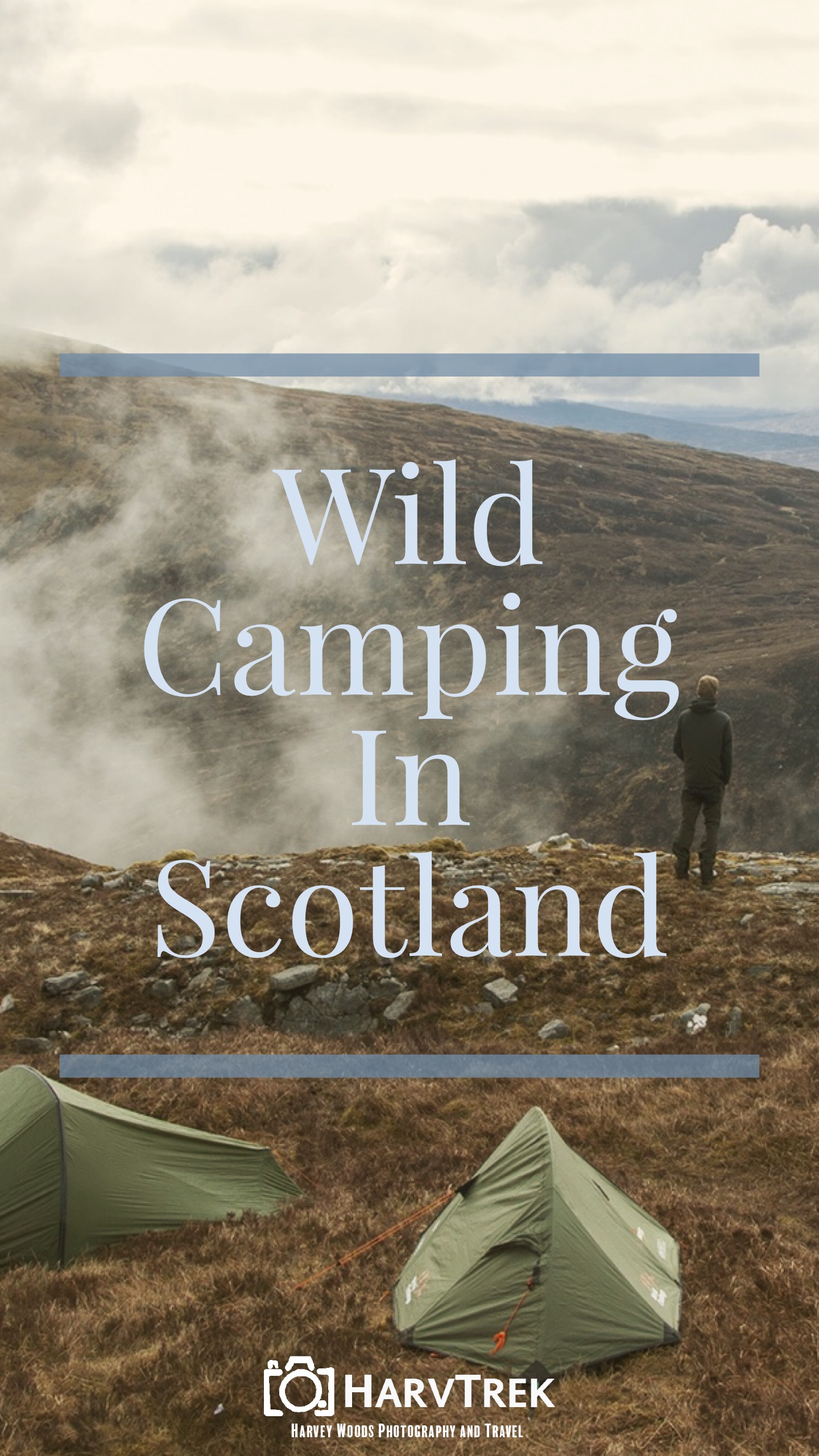 At the summit, we discovered we had been beaten by an Aussie wearing shorts and trainers…not something I would recommend. While trying not to be blown off the mountain we captured our photos and raced back down to our campsite, where we passed around 50 people all asking what the conditions were like at the top.

They are obviously quite relaxed about the 11am leaving time at the campsite so once packed we travelled to Inverness via coach and hotwired a hotel.

We weren’t staying in that hostel again. 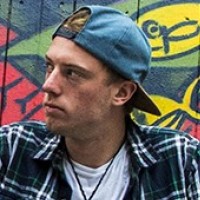 Harvey Landscape Photographer and Traveller from the UK